Annabell von Finckenstein is a fictional autobiography about Ursula Reuter Christiansen’s alter ego, Annabell. The story takes place in medieval times, in the ruins of Finckenstein, where an elderly Annabell spends most of her time with her playmate Beatrice. Beatrice is both young and adventurous, and one day she moves to the city to have fun, leaving Annabell behind. Annabell sinks into depression and starts reflecting on her life, the past and her childhood.

She remembers growing up in a castle, especially the wine cellar, where she had spent endless hours. Wine dripping off the walls like in an ancient, humid stalactite cave, the cellar becomes a refuge for the young Annabell, a way to get through the triviality of an isolated life at the castle. Looking back, Annabell connects with the women of her past, both real and fictional characters, across time, consciousness and reality.

TO THE BLUE HELL is an exhibition about a woman’s desperation, isolation and abandonment. A dedication to those who suffer. Through text, sculpture and paintings Ursula Reuter Christiansen has transformed the physical basement of Bizarro into an immersive installation to emancipate these themes.

The enervating colour of cyan blue permeates the show with direct reference to the American poet Sylvia Plath, who continuously and metaphorically described the conditions of being lost in a blue hell. A multitude of small figures are placed on coarse cut staircases, asking each other concerning questions, while descending into their own blue hell. Working with a concrete imagery Ursula Reuter Christiansen has placed three bell jars to confront these figures with the space that they fear ending up in. 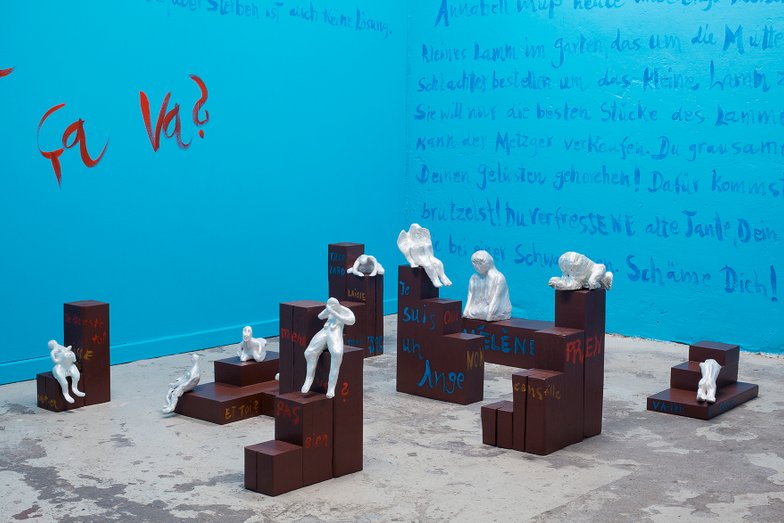 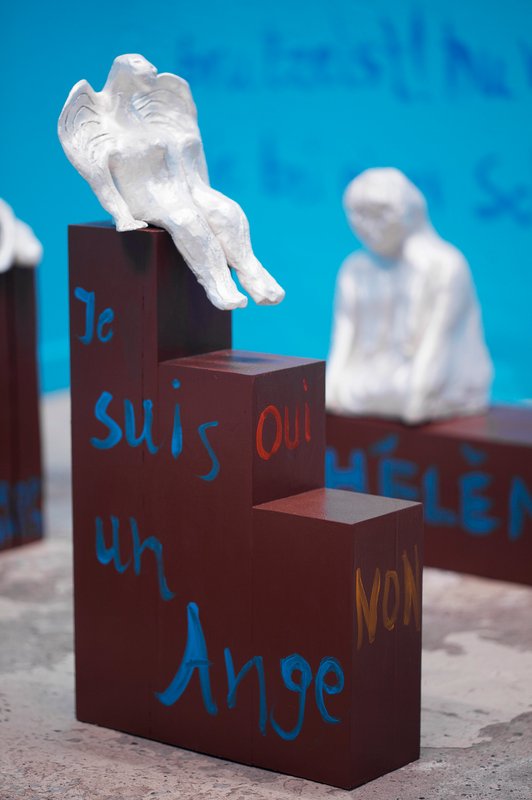 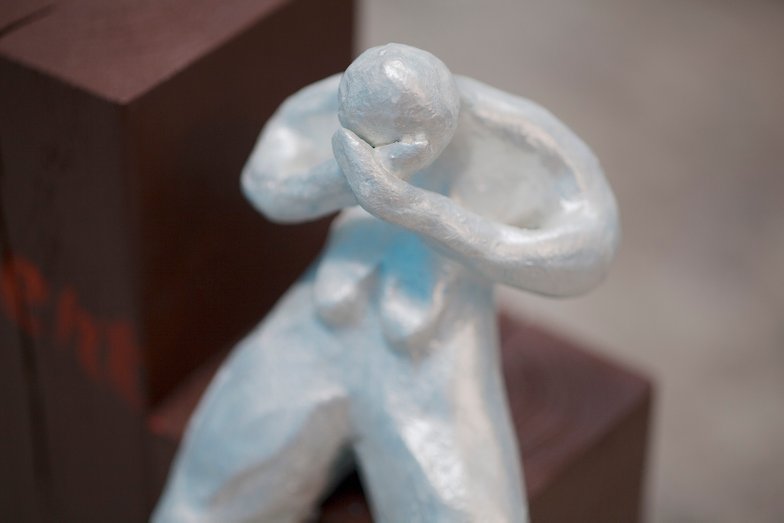 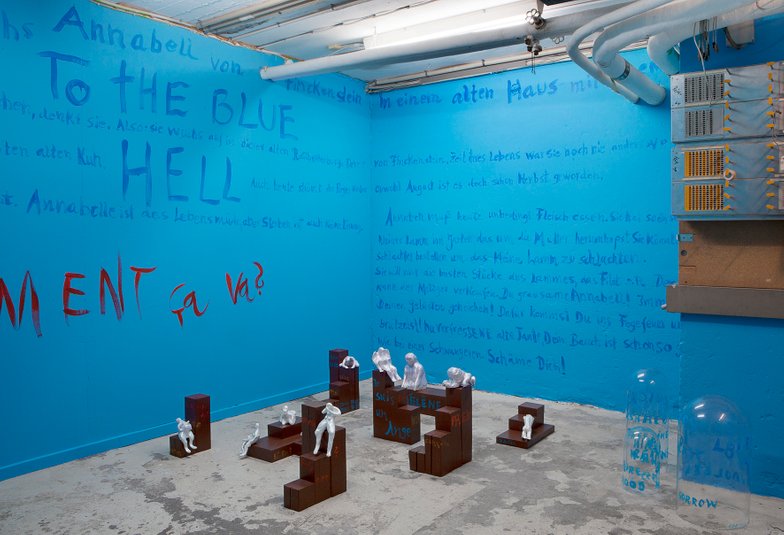 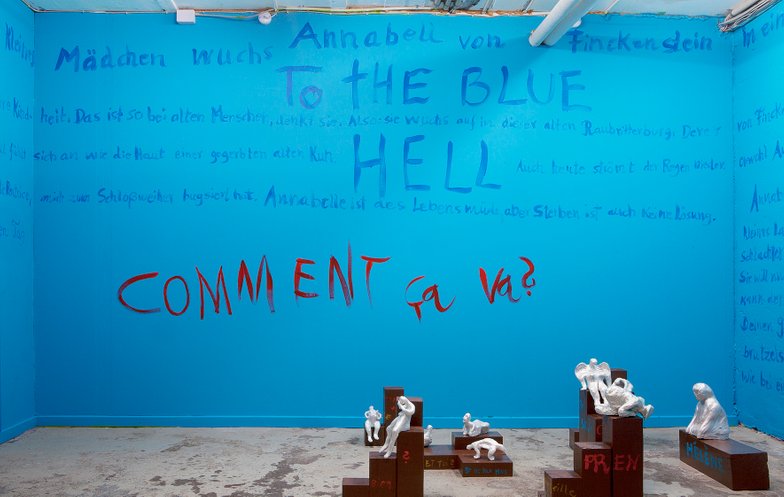 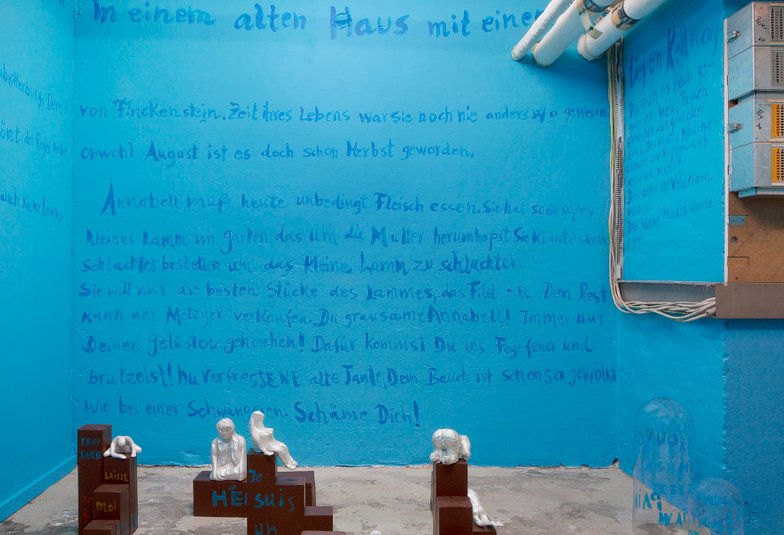 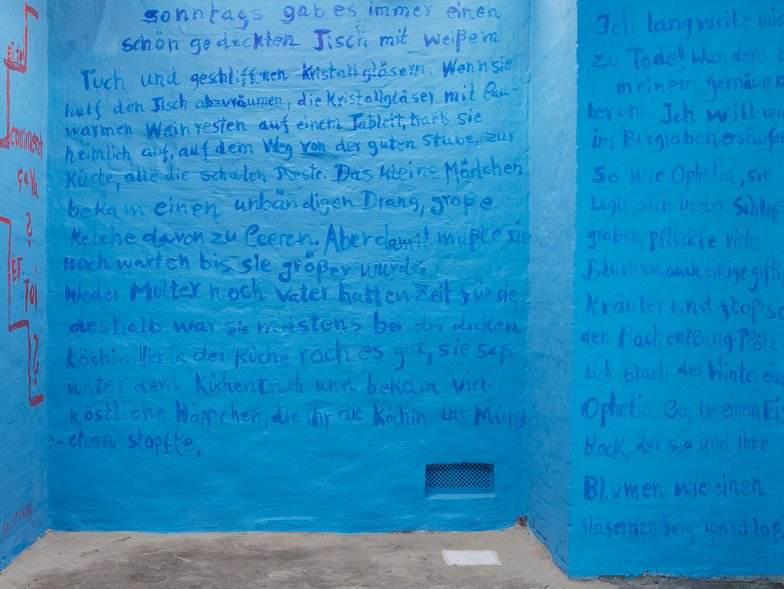 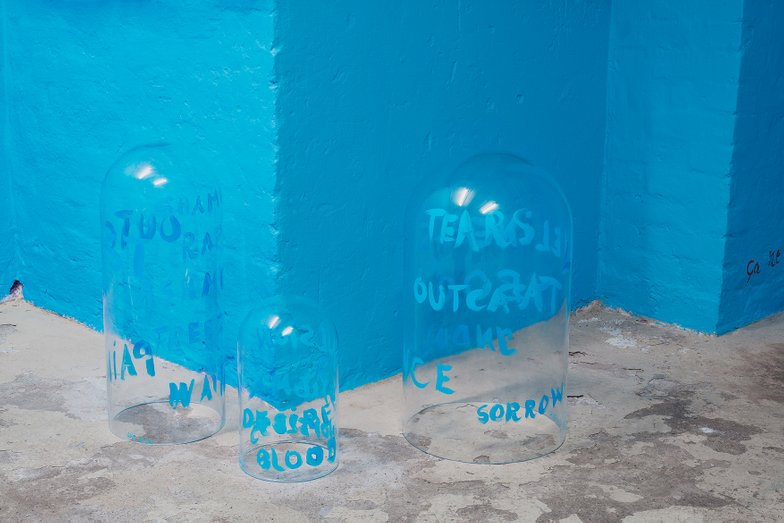 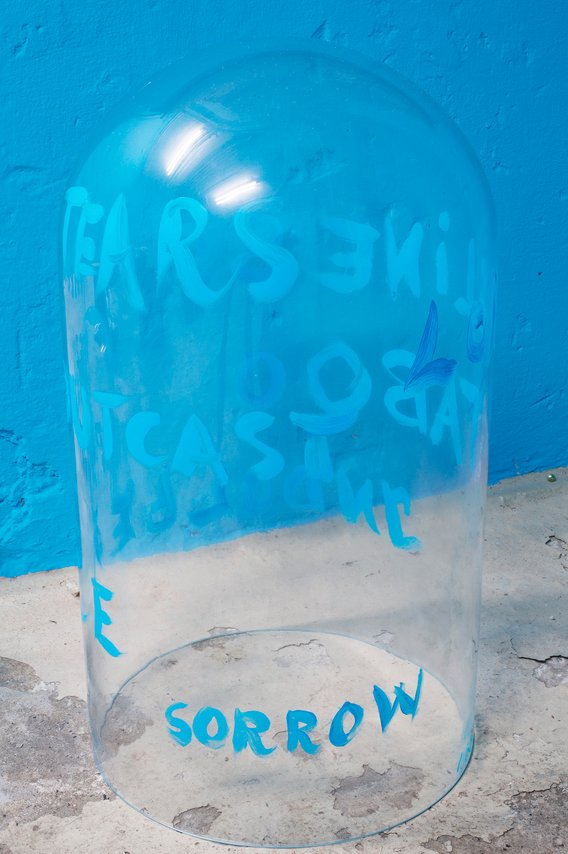 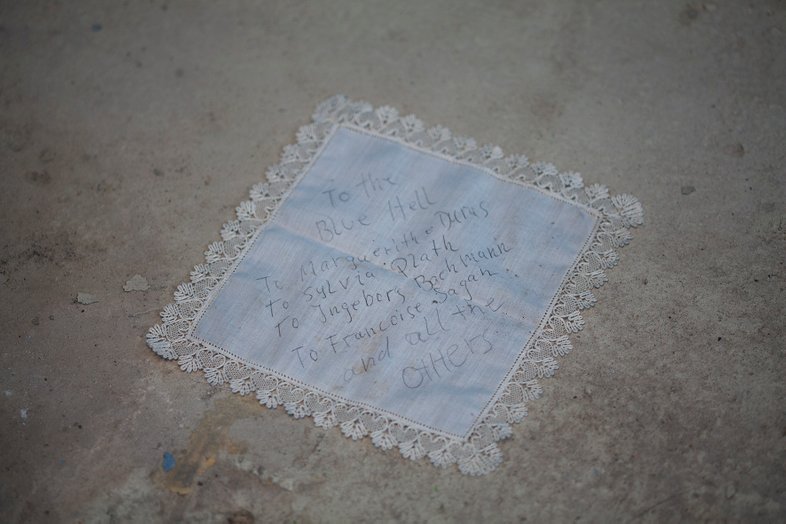 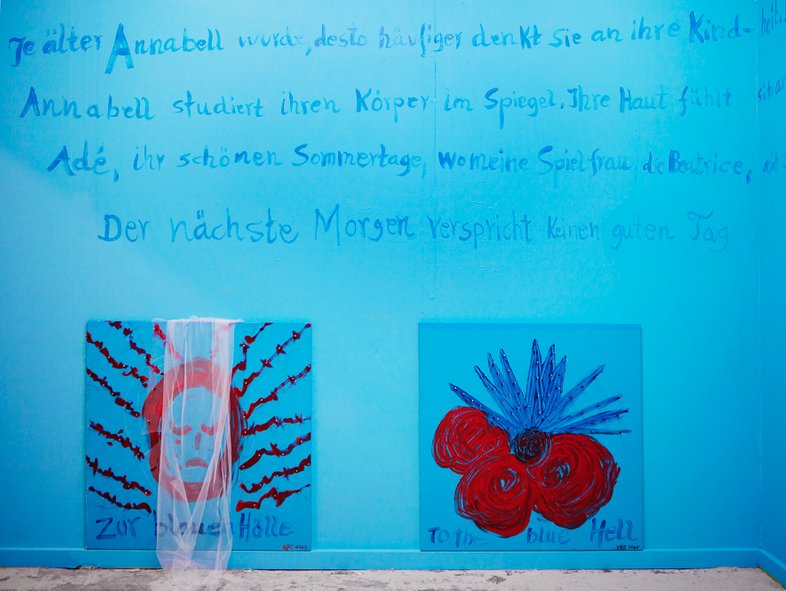 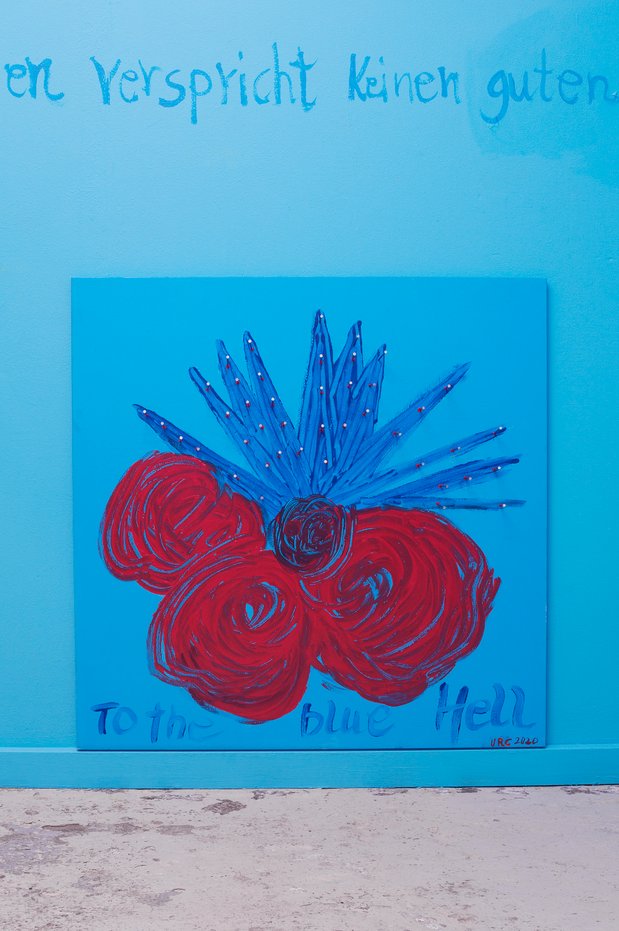 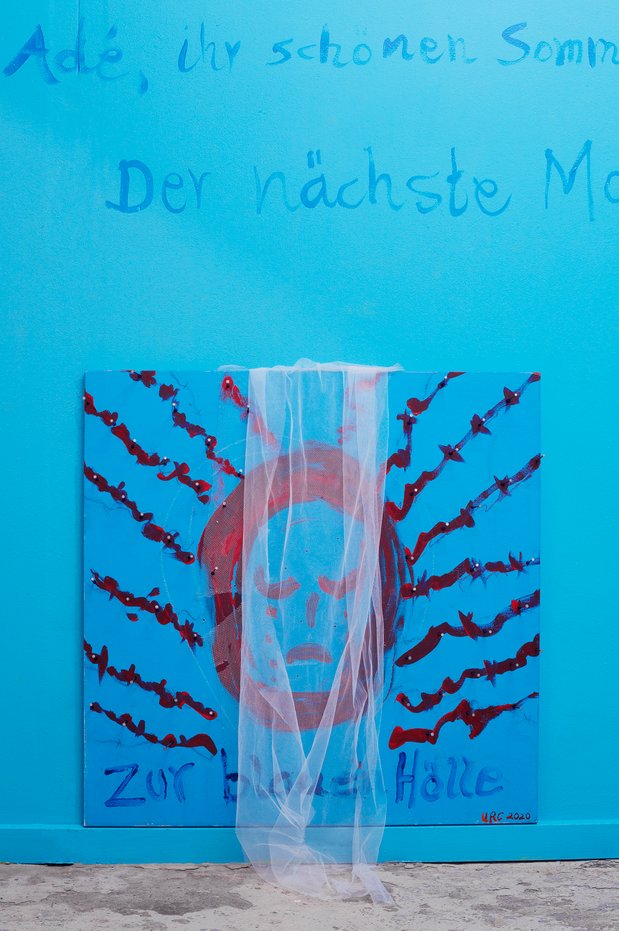 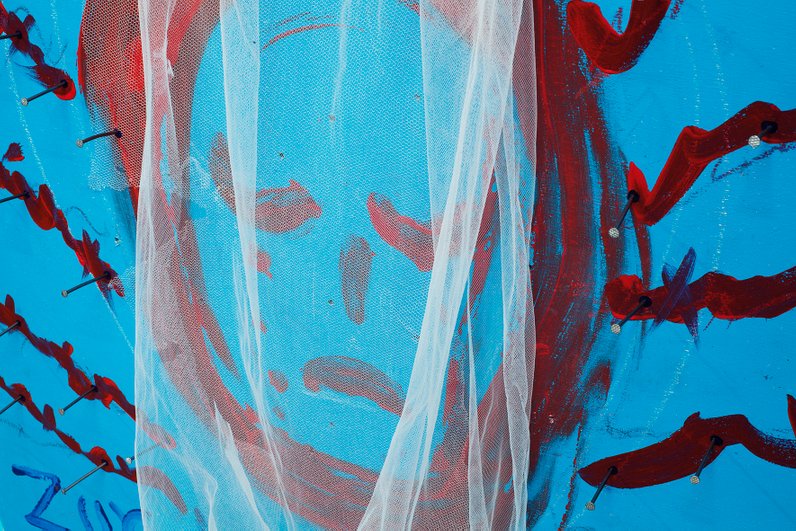 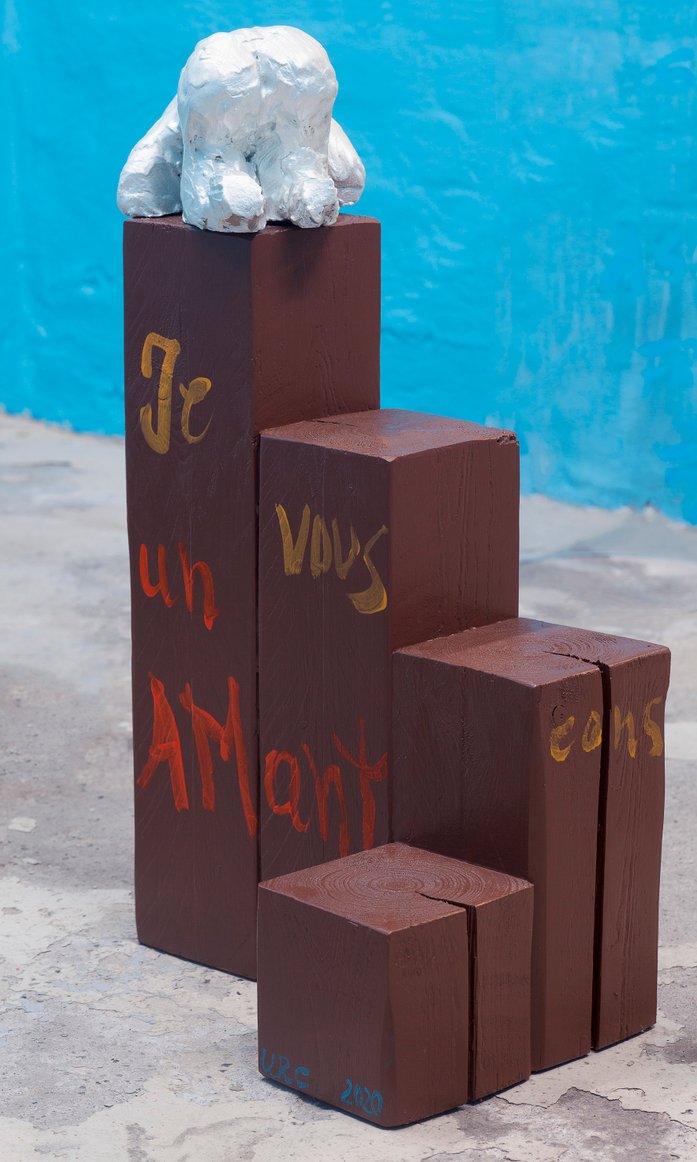 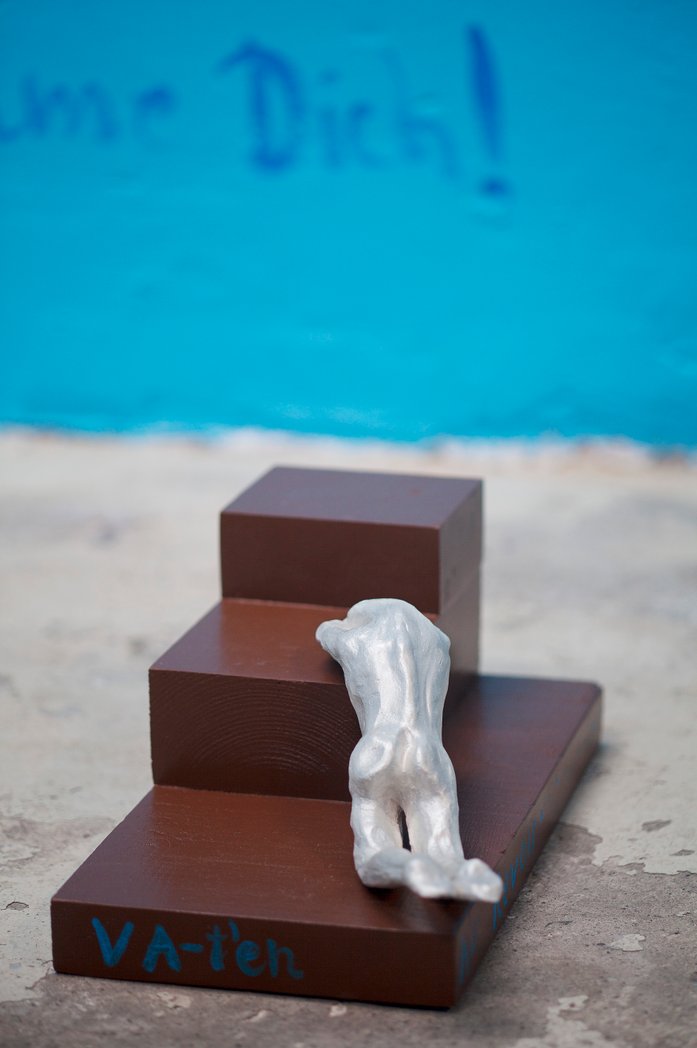 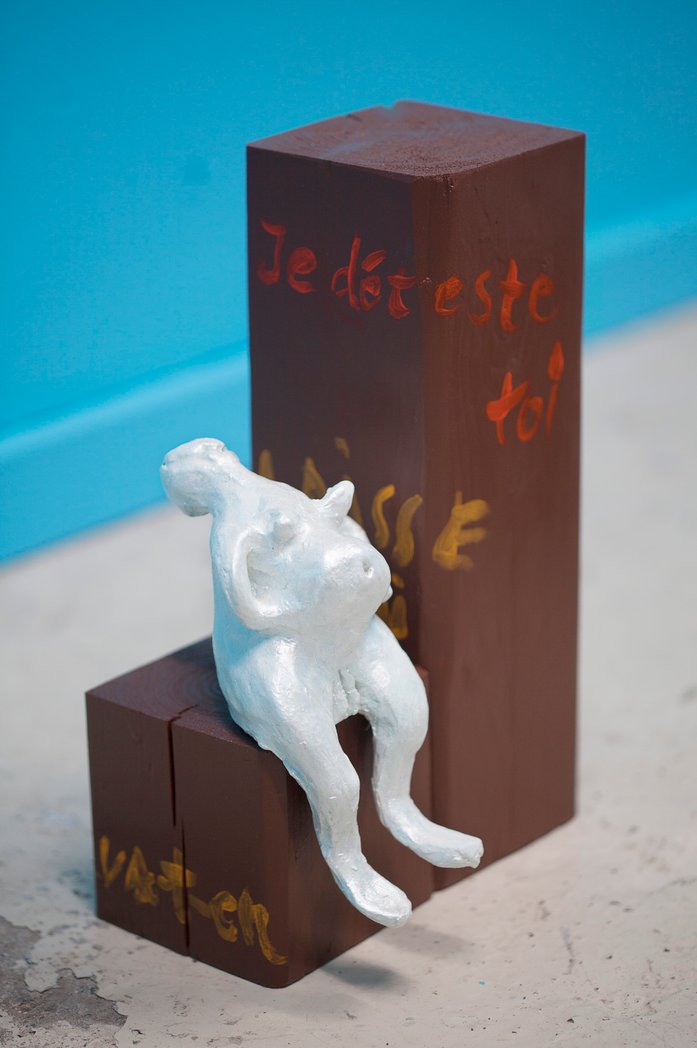 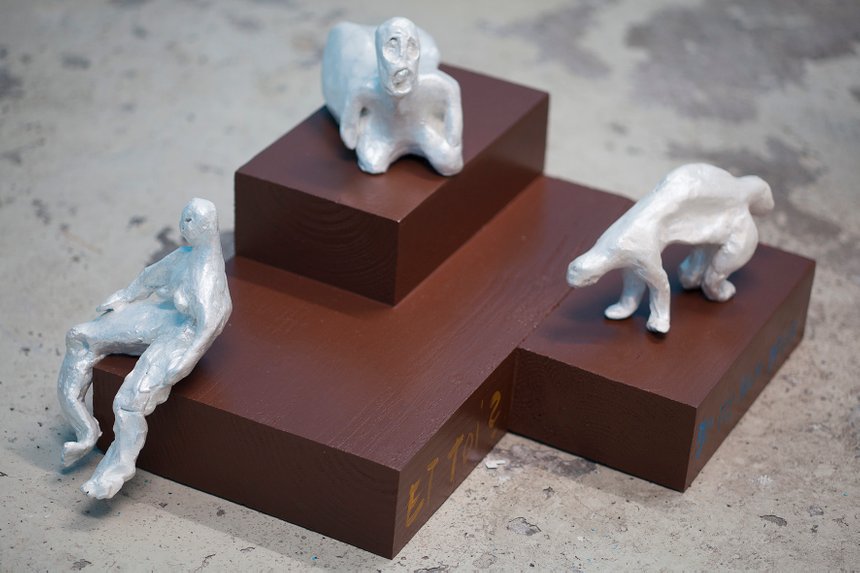 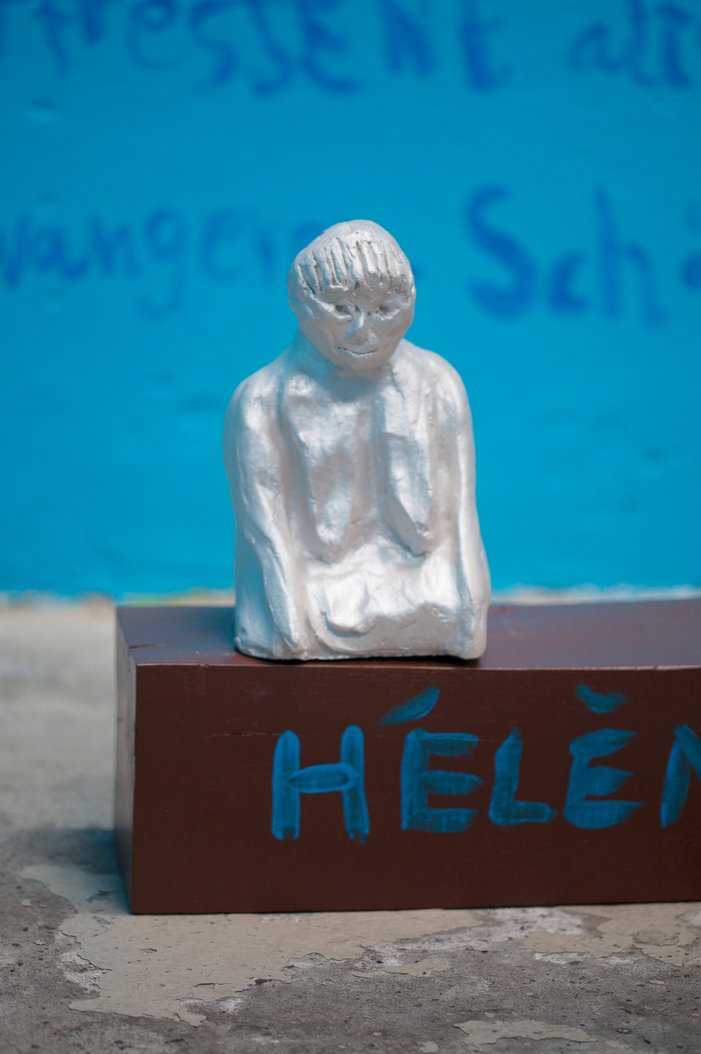 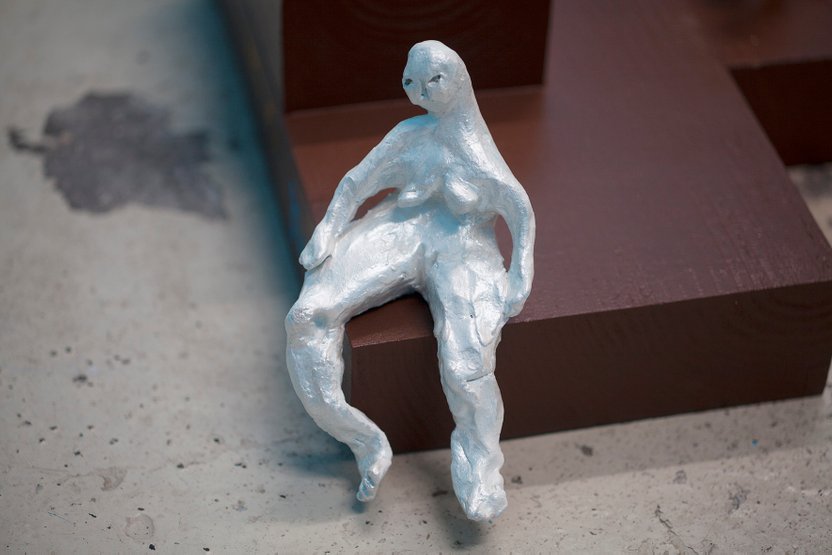 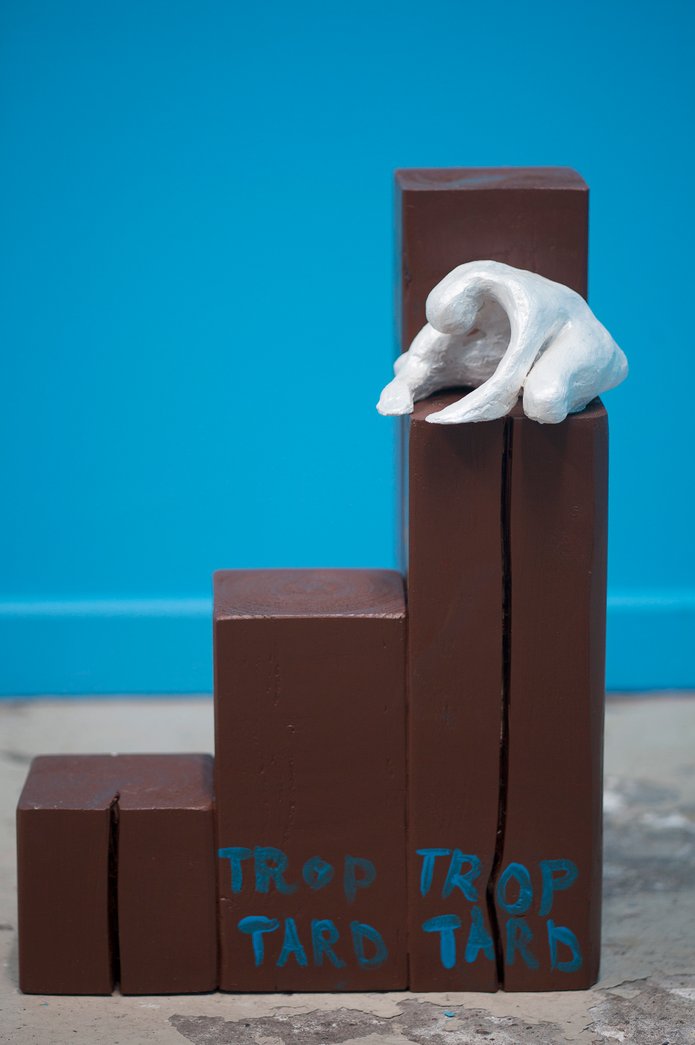 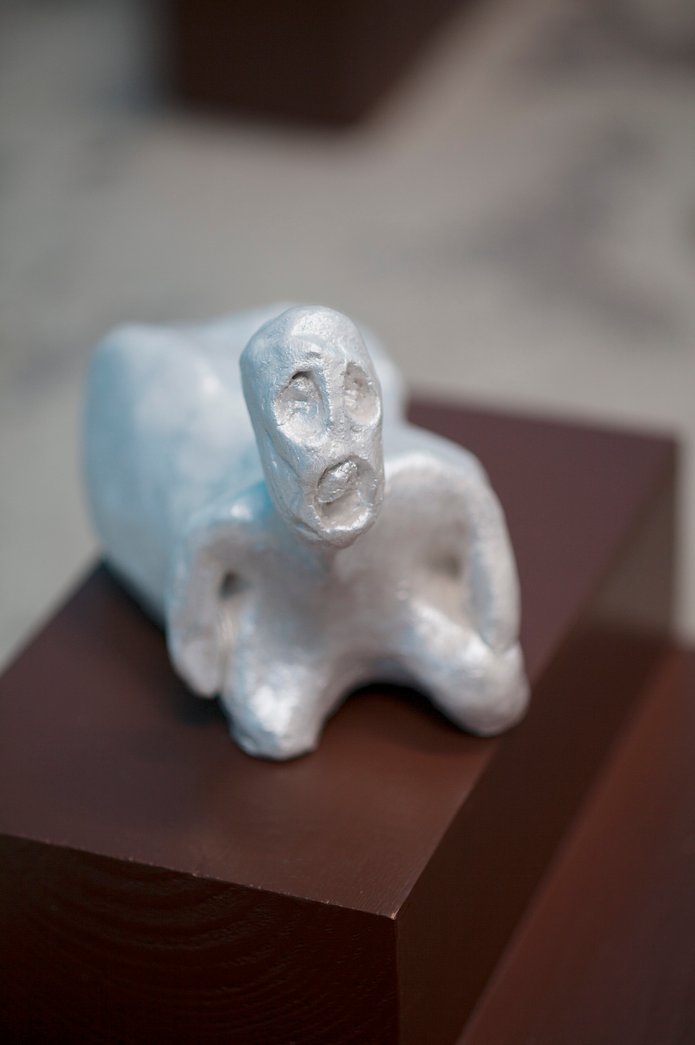 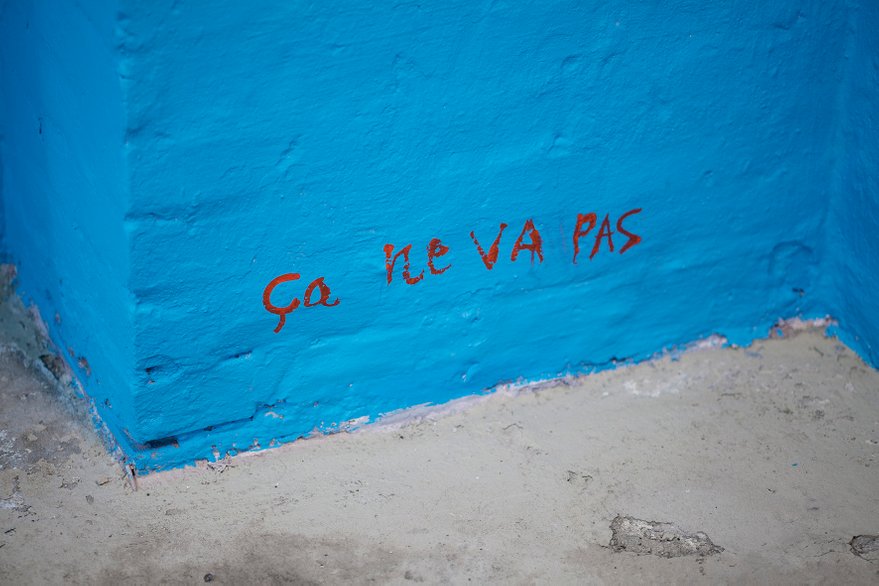